Working with a municipal district is not always an easy feat, even for seasoned commercial landscaping companies. There are often multiple voices to answer to and a lot of different needs to meet.

That was certainly the case for the East Aldine District, a management district that provides supplemental services to the county. They have invested in beautifying key commercial corridors throughout the district, which helps to attract new business and development.

But with various entities making up the District, there are a lot of landscape areas to maintain—each with their own needs as well as special considerations.

It was a project that Monarch was excited to propose a solution to.

At the time Monarch met with the East Aldine District, they were working with another provider and did not feel their needs were being fully met. There were some areas of the District that were also quite lackluster and needed a lot more care.

“But we were ready to get in there and turn things around”, says Amy Fontana, Account Manager for this project.

Now years into working with the East Aldine District, they are a great example of how we can build lasting partnerships and continue to meet evolving needs.

Monarch has been responsible for a variety of landscape maintenance tasks that go into keeping these different areas that comprise the District looking great. 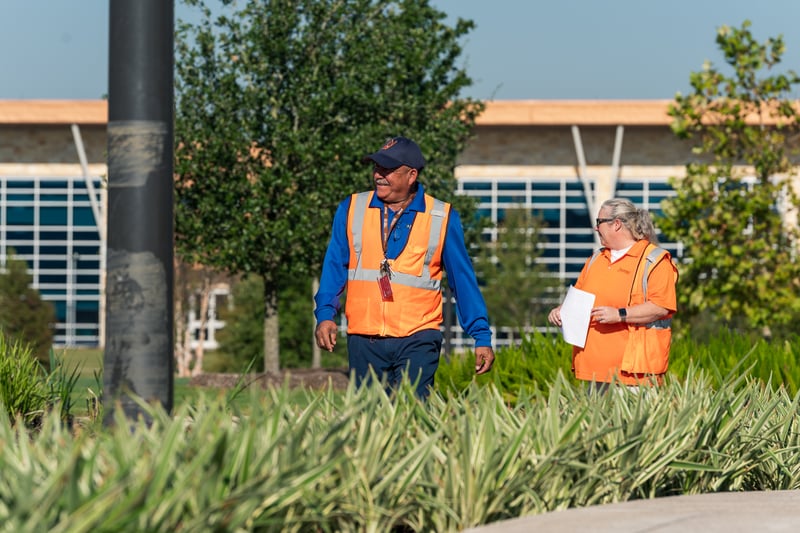 “These are examples of vital landscape tasks that don’t always get noticed—unless they’re not getting done, and then it’s a big problem,” says Richard Cantu, the Executive Director of the East Aldine Management Staff.

Cantu says that they’ve been very happy with the way in which Monarch has kept the areas associated with the District looking their best. In fact, when they went on to build their $100M Town Center project, and wanted the landscaping to be a key showcased feature, they asked that Monarch also take over these areas as well.

“We have several thousand trees in our Town Center, and that’s something that people do notice,” Cantu says. “Occasionally there might be one that isn’t doing well and has to be replaced. Monarch has been very responsive to get dead or damaged trees replaced quickly and keeping the quality of the trees in good shape.”

It’s also not uncommon for special projects or requests to come up. While we know that landscapers sometimes get a reputation for being unresponsive, Monarch has always aimed to buck the trend.

“We appreciate that Monarch has always been responsive to our unexpected calls or special projects and services,” Cantu says.

Whether the District needs the irrigation shut off for a special event or needs help with set-up ahead of an event (or clean-up afterwards), we are accommodating.

Working Around the Public

Since these are such public spaces, one major consideration has been getting the work completed without getting in anyone’s way.

Cantu says that with mowing, trimming, and lawn care applications, it has been important that the landscapers are not getting in the public’s way and he has been appreciative of how Monarch has been accommodating.

“We coordinate our maintenance timing to reduce conflicts with pedestrians and users,” explains Fontana. “We’re also very aware of not running irrigation during certain times or when they have special events. There is often a lot of coordination with the District to ensure that their needs are being met, even as things change.” 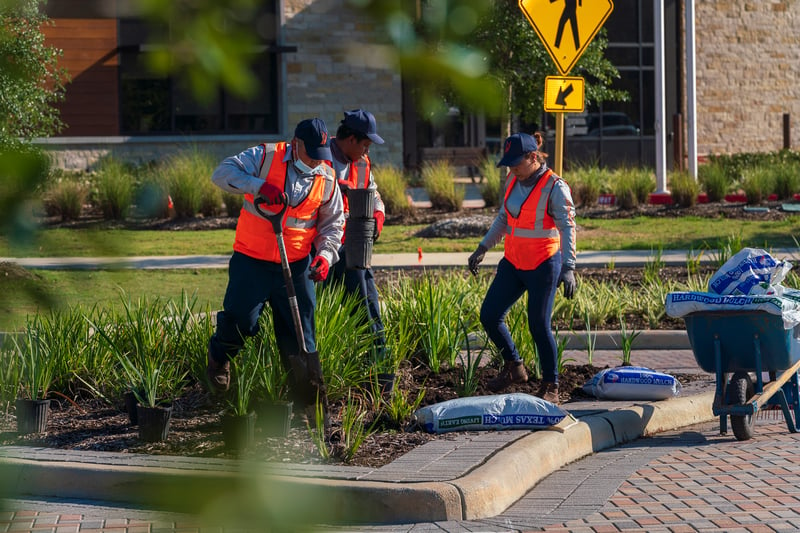 Cantu says that this high level of care and attention to detail has been appreciated.

“They have worked at times of the day when these areas are not as heavily used by the public and that’s worked well for us,” he says.

Fontana says that with the landscaping crews out in these areas regularly, they also serve as extra “eyes” for the District. As a result, they are always on the lookout for vandalism or anything that might be broken.

“Since these are public areas, you do run into more occurrences of vandalism so we are always looking to stay ahead of that by spotting things quickly and also looking out for safety concerns,” Fontana continues.

Cantu says that this delivers some valued peace of mind.

“We also have a lot of perimeter lighting and lighting on our trails and in some of our pavilion areas,” he says. “It is very helpful that the landscapers will often be the first to notice if something isn’t working right, or perhaps has been vandalized or broken. They report it quickly and sometimes they can even fix it for us, which just makes everything easier.”

A Partner in Success

Working with a management district can pose challenges, but we were up to the task. Our responsiveness and ability to communicate well have helped to make this partnership a success.

East Aldine does have an elected board that makes decisions, so in some ways, there are more hoops to jump through (as opposed to an HOA or another commercial property). But we approached this relationship with the same high-level of attention and care that we do all of our properties—and it was noticed.

We have found that being a true partner and providing education when we can has been a key to success. 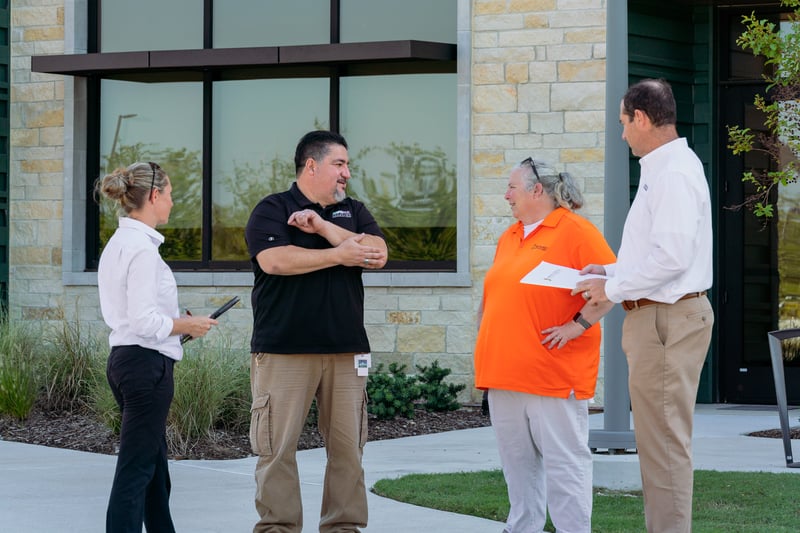 Cantu says that this approach has certainly been valuable as he helps to serve as a liaison between the Board and Monarch. Landscaping projects that will help contribute to the betterment of the District are important—but first they need approval.

“For example, we have a very extensive complicated irrigation system and when repairs are needed they can be costly,” Cantu says. “But Monarch has done an excellent job of helping present those repair estimates to the Board in a way that they understand what needs to be replaced and why. Getting repairs approved can be a challenging process, but it’s one that Monarch has really helped us to tackle.”

At the end of the day, we want to help our clients meet their bigger-picture needs and ultimately be a partner in their success. We know that finding a landscape maintenance company that will truly follow through on promises and be highly communicative can be a challenge, but that’s exactly what we aim to do.

Are you ready to transform your commercial property’s landscape? Get started with Monarch Landscape Management today.